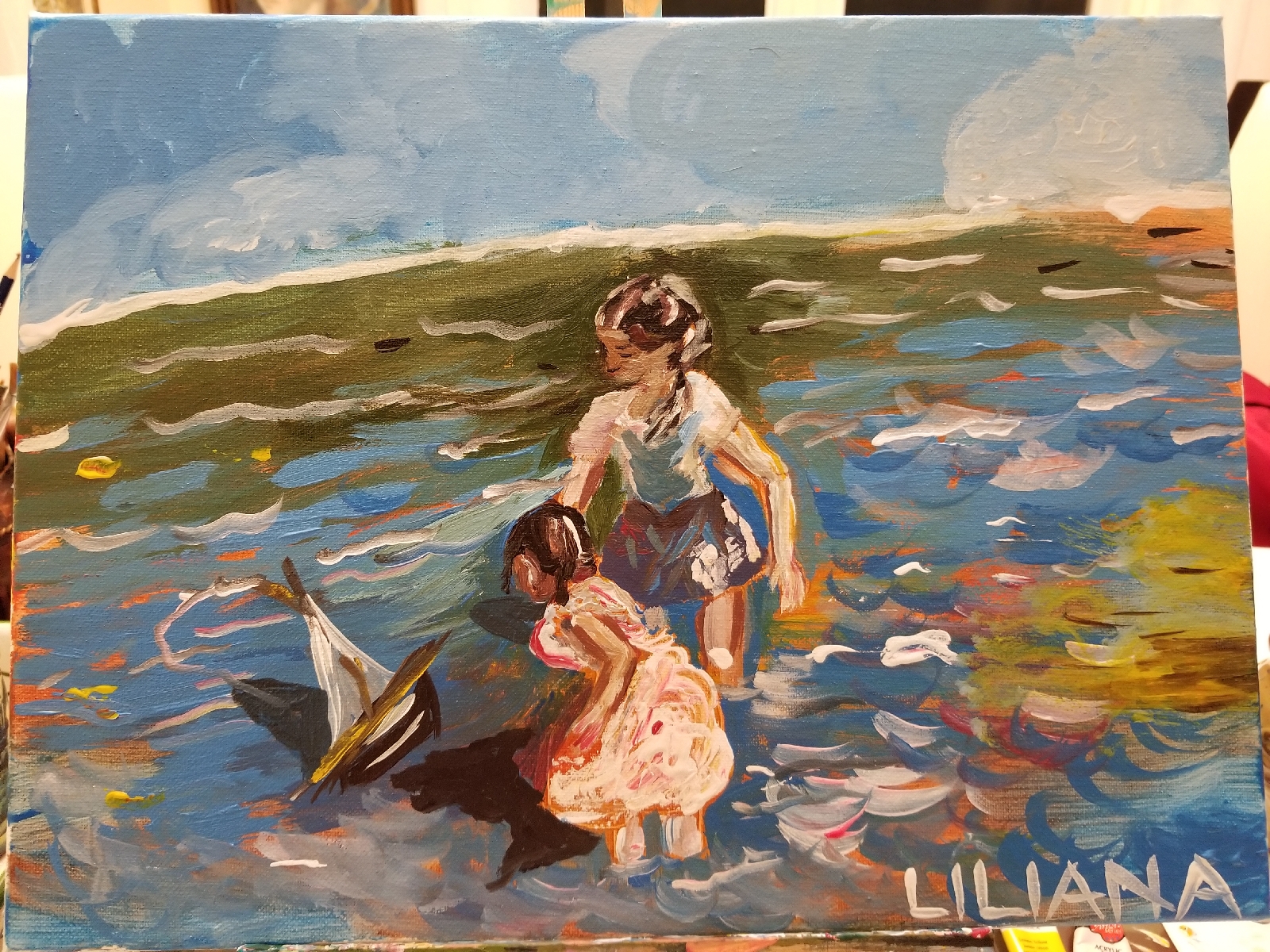 Posted by Liliana Usvat at 8:33 PM No comments:

Email ThisBlogThis!Share to TwitterShare to FacebookShare to Pinterest
Labels: At the Beach, Liliana Usvat painting

It was one of the favourites theories of the ancient occultists that all sex foods contain more Vril than other classes of food. By sex, food is meant such animal or vegetable products as containing either the reproductive cell or seed or else serve to nourish the young animal or plant. As an example, we find eggs, nuts, fruits, grain corn berries which contain the seed of reproductive life. In the second class, we have milk cream butter the fruit juices syrups.

The ancient occultists laid great stress upon the importance of proper mastication of food and modern science is becoming very much interested in the subject. The teachings held that all food should be thoroughly masticated until it was reduced to a pulp and was then almost unconsciously swallowed. In this way, the tongue and mouth absorbed a large supply of concentrated Vril from the food. The occultists were always clear in the head and never suffered the feeling of overeating and brain lethargy neither did they acquire dyspepsia or other disorders of the digestive organism

They follow the rule of eating to live not living to eat. The principle is true trough all nature. Avoid excesses and experience true normal satisfaction in all of nature’s functioning.

The ancient occultists while avoiding artificial systems and while keeping as close to nature as possible found that their instincts free from excesses of any kind inclined them toward a diet of nuts, fruits milk eggs grain butter juices, vegetable oils.

The man never forgot how to grow his food to perfection while he lived on the land.  But he lost the art when he left the land and went to labour in the artificial sweatshops of heartless industrialist, where he voluntarily in his ignorance made himself the helpless slave of those who rule him.

Ages of that sort of living have made the man of civilization helpless and dependent that he knows almost nothing now about growing his food on the land.

Meat industries advertise that meat is good for health and vigour. That statement is false. If the diet builds a deficient body it also built deficient teeth. Healthy kids are feed vegetable broth from vegetable herbs, then later from vegetables and fruits. No bread.

Light clothes and nothing on the head, eat twice a day and moves his bowels twice a day, the man can have a good physicality vitality and emotionality.

Posted by Liliana Usvat at 11:33 AM No comments:

We want to mention in the principle "Unity and Simplicity of Disease."

A particular chiropractor operated a hospital and decided to test to see if there were alignments that would respond favourably to the same method of care, which was outlined as follows

1.       The Breath of Life comes first. When we stop breathing we stop living. Fresh air is important for the health of any human being. To preserve life, the air must be free of pollution. Accordingly, patients should be put where they may breathe only fresh, clean, outside air.

2.        The Fluid of Life comes next. The greater part of the blood and body consists of water. To preserve Life, the water one drinks must be pure and free of the pollutants such as tap water, and also free of solids held in solution, as in the case of water from wells, springs, lakes, and rivers. Accordingly, patients should be given only pure rainwater. ( An alternative can be distilled water}.

3.       The greatest Freedom of Vital Function comes next. This is produced by the physiological rest of the body’s organs, secured only by the absolute fast giving the patients no food but air and water the two greatest of all food.

Under this simple natural regime, his patients recovered as though by magic, regardless of the name the doctors have given to the diseases. Arthritis was cured in 5 days, tuberculosis in 3 weeks, prostate in five weeks, Parkinson in 10 days. The disease is a symptom of bad health. How to get rid of bad health? Not by putting into the body poisons called medicine.  There is no such thing as medicine. We get rid of bad health by building good health. And we build good health in the sick body by following the natural simple scientific regime described above. If we never violated the rules of health nor submitted to the health-destroying process of immunization as advocated and practised by medical doctors we would never be sick. But children cannot go to school in most states without being immunized against diseases and having poisonous serums and vaccines of medical profession injected into their healthy bodies. Immunization agents weaken the body by dulling the nerve system and that prevents the body from reacting acutely to the damaging internal poisons. As the body now is too weak to throw off these poisons in the action called acute diseases they remain in the body and corrode the internal organs and develop into dangerous chronic disorders.

So instead of a kid having measles when he was six or seven years old and eliminating the damaging poison, they remain in the body and he dies of cancer when he is 35 or 40.

The medical art rakes millions annually with its slogan "Fight Cancer with your Dollars."

Naturists and hygienists have shown that polluted air paralyzes the breathing control centres of the brain and breathing stops. That is the end. Doctors call it hearth disease they are wrong. In rural regions where the air is less polluted the death rate from so-called hearth disease is less than in the cities.

The basic causes of sickness must be kept hidden shrouded in mystery which calls for more dollars for more research. For the very day that this mystery of disease is solved uncovered revealed then and there come to an end the sweetest racket on earth.

And medical art points with pride to its progress and claims to be conquering disease. As medical art continues with blood poisoning work of vaccination and inoculation to conquer disease it will not be surprising to see a condition arise so day that will sweep 50,000,000 victims to the grave in a year.

The acute diseases that were supposed to have been conquered by vaccination were merely suppressed because the body was so seriously weakened that it was unable to eliminate the internal poisons added by the poisonous vaccines, remained in the body, corroded the vital organs and developed into chronic diseases.  The following table reveals facts to show what medical art is doing to the people. Increase in killer diseases during 1890-1859 when the book was written

Diabetes increased 1800% despite or because of Insulin

Although there are several far more successful and efficient systems of caring for the sick the medical system is the only one that gets the endorsement and support from the government. All the tax-supported departments of health hospitals and institutions and under the domination of the medical personnel. Despite public financial support orthodox medical school fail to control or decrease any of the killer diseases and does not have a cure for even one of the mild diseases. Smallpox and other epidemics were largely controlled by improvements in sanitation and nutrition years before vaccination became popular.

The Fascinating Teachings of Valiant Thor By Liliana Usvat ( www.ucbooksale.com)

Posted by Liliana Usvat at 2:04 PM No comments:

Email ThisBlogThis!Share to TwitterShare to FacebookShare to Pinterest
Labels: Unity and Simplicity of Disease, Valiant Thor

The Air We Breathe

If the inspired airs contaminated with deadly gases of disintegrated cells the process of cell replacement becomes that if cell poisoning. Then the breath of life actually and becomes the breath of death. Ancients mastermind the black breath of death and taught their disciples to visualize it as black shot a stream in which all the evil of the mind and body all weaknesses and infirmities flow from the organism.

Doors and windows should always be open and bedclothes and pillows should be daily paired.

By nature, man is a tropical being and not adapted to the cold zone. Man is made to live in the open air and sunshine with birds and animals. If this law is violated the penalty must be paid.

As the blood remains active and normal so the conditions of the body are.

Posted by Liliana Usvat at 9:40 AM No comments: 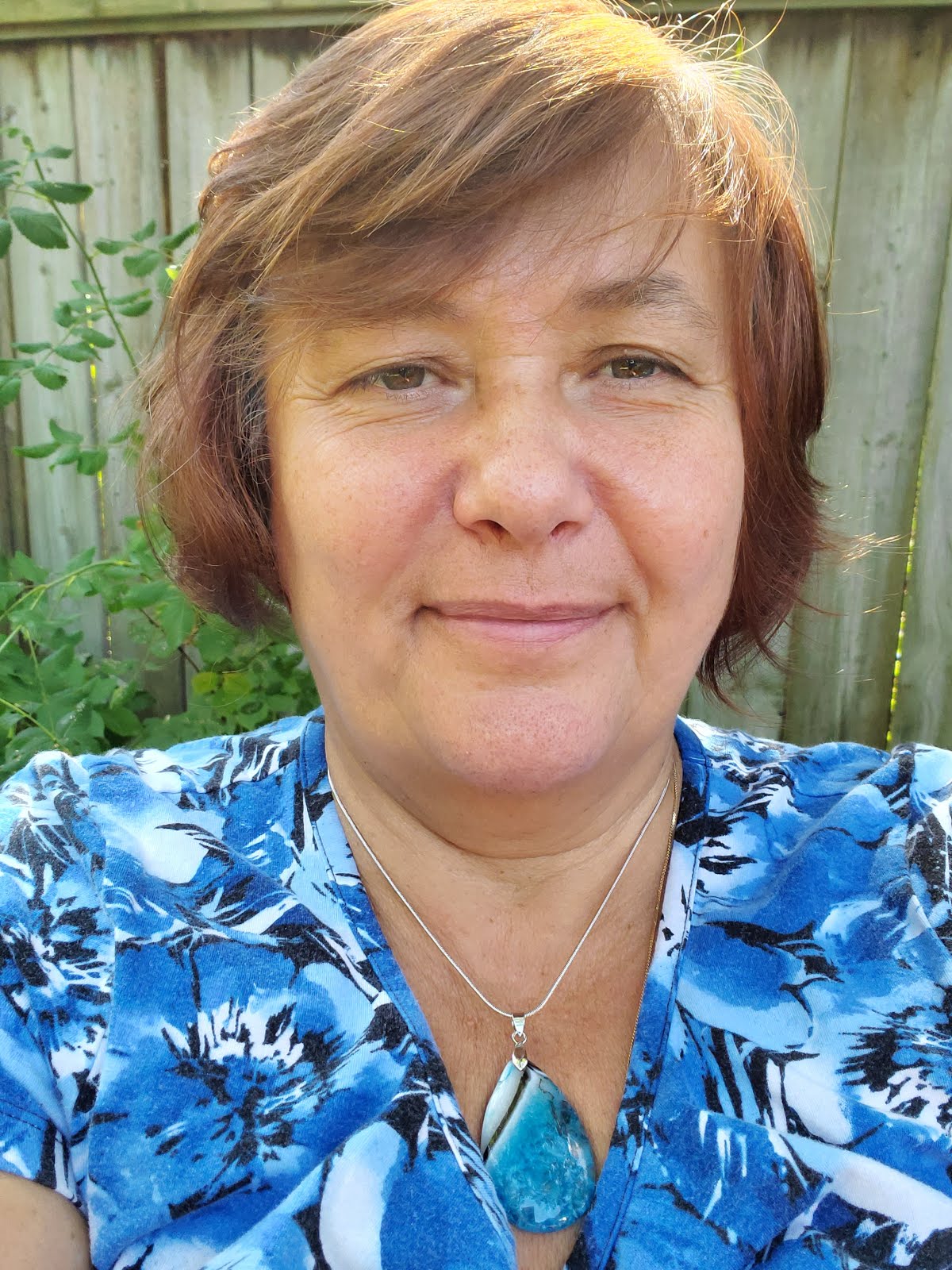